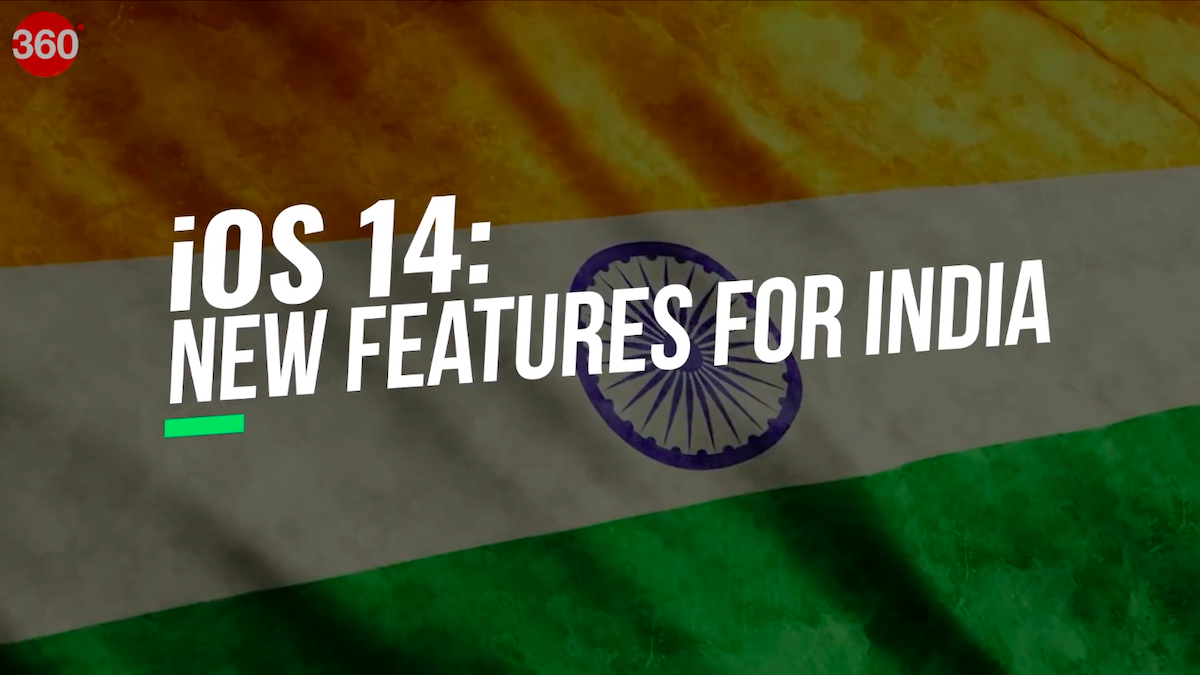 Gone are the days when Apple probably only used design features for the US and UK and some features that were targeted in the rest of the world. For the past three years, we have had iOS features specifically designed for India. This time we have better SMS spam filtering, new fonts, new iMessage effects and more. Here are the best India-specific features in iOS 14.

You already know that if we send some keywords in iMessage, for example, Happy Birthday, Happy New Year, Congratulations, or Pew Pew, you’ll see the full-screen effect on the app. Now these effects are localized for India. For example, try typing Happy Birthday and send it to someone on iMessage. You will see a beautiful little bunch of balloons popping up on the screen. Similarly by typing Happy Diwali or Happy Holi in Hindi or English these effects are also increased.

SMS spam is a problem that troubles a lot of Indians. iOS 14 has made this problem a little easier. We already had apps like VeroSMS that allowed you to filter spam, but now the Message app is getting additional filters built-in to complement these apps. So if you tap on the filter button in the top left, you will see known filters such as known sender, unknown sender, transaction message, etc.

One of the languages ​​supported for translation in iOS 14 is Indian English. Now, it is good to see because now you can translate from Spanish to English but we really have the ability to translate into Indian languages. For example, Chinese, Spanish, or Portuguese to Hindi, Marathi or any other Indian language, as it will be a game changer in India.

iOS 14 has support for 20 new document fonts and some existing Indian fonts have received new styles such as bold and italic.

If you know someone who has an email ID in Devanagari, you can now send them an email through the Mail app. The app now supports Devanagari email IDs in addition to addresses in Chinese, Japanese, Korean, Russian and Thai.

The next big feature we want to highlight here is the increase in support for cellular data downloads in iOS 14. Apple now allows you to download software updates, Siri Awaaz and Apple TV + downloads via mobile data, which is perfect for India where people use a lot of mobile data and broadband access is relatively low.

Siri’s Indian English voice sounds a bit robotic in iOS 13, but with the latest iOS 14 update, it sounds a lot more lifelike. If you prefer to use voice assistant, you will now hear a more human-like voice.

What is your favorite iOS 14 feature for India? Tell us through the comments.

The government says that it will help farmers get better prices for their produce. (File)new Delhi: Three agrarian bills passed in the...
Read more
World News

Trump supported allowing Tiktok to continue to operate in the US

The government says that it will help farmers get better prices for their produce. (File)new Delhi: Three agrarian bills passed in the...
Read more
World News

Trump supported allowing Tiktok to continue to operate in the US