A very bad news is coming out of the Bhabiji Ghar Par Hain series, which brings laughter and laughter from house to house. Actor Dipesh Bhan (Malkhan) of this series is no more and he died suddenly. Dipesh breathed his last this morning. He was well-liked in the role of Malkhan and his presence brought the scene to life. He was known for his comedy. 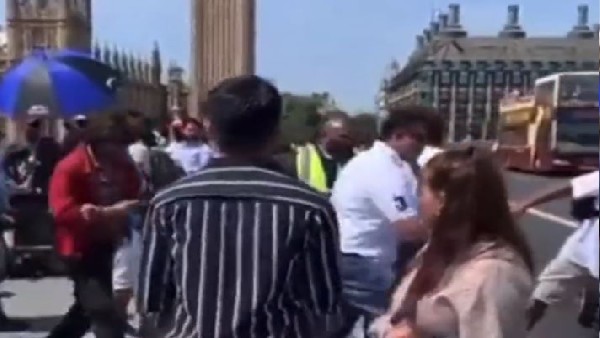 While filming Dunki, fans spotted Shahrukh, King Khan ran away and sat in the car!

Although exact information on the main reason for his death is not available, he was playing cricket in the morning when he collapsed and was taken to a doctor.

The creators of Bhabiji Ghar Par Hain shared this sad news on social media. He wrote: “We are deeply saddened and shocked by the sudden passing of our dear Dipesh Bhan.

Message from the creator

One of the most dedicated actors in Bhabiji Ghar Par Hain and loves our family. He will be missed by all. Our sincere condolences to his family, their best wishes. May the soul rest in eternal peace.”

Since then, people are constantly tweeting about her on social media and praying for peace in her soul. The actress of this series Charul Malik is saddened by this news.

She wrote, “I still can’t believe it. I found out about him this morning. I met him yesterday and he was doing great. We did a few videos together. I’ve known him for eight years. And he was the closest to me on set. We used to eat together.

Actor Deepesh Bhan, the ‘Malkhan’ of ‘Bhabiji Ghar Par Hain’ has passed away! Her fans and family suddenly learned of this news.

Pathan Box Office Collection: Shahrukh Khan’s Pathan broke this record on day one, earned so many crores on opening day

Pathan Film Release: The Pathan Film was released in over 100 countries, the biggest overseas release ever

Avatar 2 Box Office: Avatar The Way of Water has joined the 2 billion dollar club, this record is named after only 6 films