In Tuesday’s episode of ‘Gum Hai Kisi Ke Pyaar Mein’, July 19, 2022, it is shown that Virat enters the hospital through a secret route as Sai said. But, at that time, the disbelievers hear the sound of something falling. But, Virat lies down on a stretcher in the morgue. The goons come and use a knife to see if blood comes out of a corpse. The goons stab but leave unseen.

Here Virat comes as a waiter and sits next to Sai. He holds Sai’s hand and seeing that makes Pakhi jealous. Sai asks everyone sitting there to be calm in gestures. At that time, a dacoit will use the bathroom. But, Virat knocks him out. Here, Sai advises the couple sitting there not to divorce and explains to them that nothing is more important than family.

Until then, the boss of the disbelievers sends the other person to see but Virat kills him too. Here the boss is threatening the DIG to talk to the pilot or kill someone. Sai tells her to consider her age. A miscreant then shoots Virat. The boss then asks Virat to come forward or threatens to kill the family. Virat comes out disarmed. 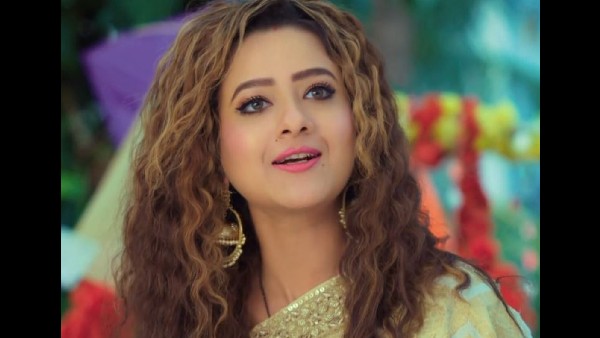 Virat asks Sai to leave. Pakhi is heartbroken hearing this that he is worried about Sai leaving her. Sai tells Virat to save Pakhi and Kaku’s lives first. The boss hears this and says he will leave Sai and kill his family and the other miscreant points a gun at Pakhi’s head.

Seeing this, Bhavani starts hitting him with the rod present there. In this, the boss shoots Virat. The ball leaves after touching Virat’s hands. In this Jagtap sees the gun near his feet and throws it towards Sai. Sai throws the gun at Virat and Virat shoots the boss.

Viraat tells DIG that the situation is now under control. Here Patralekha is tensed by the pregnancy report and starts looking for it here and there. In this, Patralekha sees the report falling to the ground. She goes to look for him but some papers are not accessible to her. She panics and thinks Sai shouldn’t know about the danger associated with her pregnancy.

Bhavani then asks Patralekha what she is looking for. She says she does not receive only one paper. As soon as Sai goes there, she finds the paper and Sai learns that Pakhi’s pregnancy is not stable. Jagtap apologizes to Virat and Sai and the police arrest him.

Hrithik Roshan revealed the secret of the black thread tied on his wrist, thanks to Vedha

Adipurush 3D Teaser: Adipurush’s 3D teaser is nothing short of a cinematic treat