In the latest episode of ‘Gum Hai Kisi Ke Pyaar Mein’, Jagtap is shown trying to escape from the dacoits in which he gets shot. Jagtap falls to the ground. There, Vithal accuses Virat of killing Jagtap. The dacoit takes Jagtap and the rest of the people back to the hospital, where he holds everyone hostage.

Vithal threatens Virat to tarnish his image in front of the media. Virat says his son is a murderer and he is trying to free all hostages.

Here Ashwini is worried about Bhavani and Pakhi as both of them are not coming back after seeing the doctor. She tells Virat about Pakhi and Bhavani. Virat tells Ashwini that he is in trouble. Ashwini asks him if his life is in danger. Virat assures Ashwini that he won’t let anyone get to him. Pakhi says Jagtap was punished for killing the emperor. Here, Jagtap apologizes to everyone and asks to find a doctor. 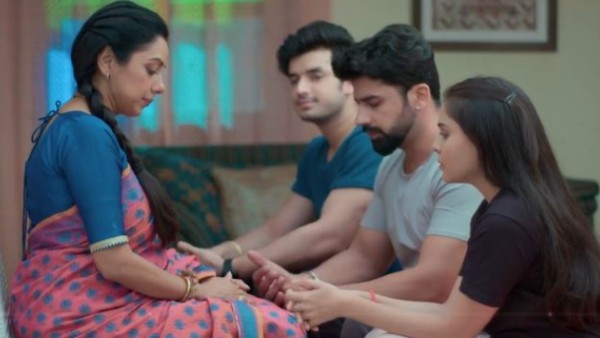 Gum Hai Kisi Ki Pyaar Mein further shows that Sai proceeds to treat Jagtap. Bhavani tells Sai not to take justice into herself. Sai takes the scalpel in his hands and moves to attack Jagtap. A frightened Jagtap tells Sai that she wants him to avenge her Emperor Grandfather’s death by killing him just now. But, she won’t because it is her duty to save lives. Sai saves Jagtap’s life by performing surgery.

Here, Virat begs the DIG to let him in to save the hostages. Jagtap thanks Sai for saving his life. Sai says she will have him arrested as soon as he leaves, but Jagtap says he will surrender. Sai sends a message to Virat from Jagtap’s phone that everything is fine. Virat asks Sai about the secret passage to enter the hospital. Sai tells him the secret path.

Jagtap thanks Sai for saving his life and says he can see his love for Virat. Virat finally gets permission from the DIG to save his life. Here, Ninad, Omkar and Mohit come there and ask about Bhavani and Pakhi.

Karishma gets a call from Mohit and tells him about the family and the circumstances. Sonali gets worried about Pakhi. Shivani says Sai is also stuck here. Ashwini prays for all to go well and for God to protect Sai and the others.

Drishyam 2 Box Office: Drishyam 2 beat Varun Dhawan’s Bhediya on day one, so many collectibles on day 8

2611 Mumbai Attack: You Must Watch These Movies That Remind You Of The Mumbai Terror Attack