The NFO collection of Rs 206.2 billion was more than the combined inflows in the last 3 months.

The huge jump in New Fund Offers (NFOs) boosted the inflows of Equity Mutual Funds in the month of December 2021.

The NFO collection of Rs 206.2 billion was more than the combined inflows in the last 3 months. However, the flow in December was below the record flow in July. To put things in context, in the last 6 months, NFO inflows have exceeded Rs 800 billion.

What has happened is that investors are getting used to the buying trend on every correction. This led investors to allocate Rs 250.8 billion in equity mutual funds in December 2021, the highest ever monthly net inflows to such funds.

Net investment in the previous month stood at Rs 116.1 billion. This is also the 10th consecutive month of investment. Since March 2021, equity funds saw a cumulative net inflow of Rs 1,104.6 billion.

This was for the first time in September 2021 when SIPs crossed the 100 bn mark. This trend has now extended till the fourth month. Since the market has been volatile for the past two months, keeping investors on edge due to the Omicron variant, they are allocating more towards their SIP contributions.

Investors stick to their process by following their SIPs, which only show their fast and long-term wealth creation journey. Since the beginning of this financial year, monthly SIP inflows have shown a secular growth. From Rs 85.7 billion in April 2021, this figure has now increased to Rs 113 billion.

While all is well on the equity front, debt funds are telling another story. Redemptions of Rs 491.5 billion from debt funds reduced the assets under management (AUM) of the industry marginally to Rs 37,920 billion in December 2021 from Rs 38,450 billion in the previous month.

Reportedly, debt funds saw outflows due to quarter-end requirements and investors are likely to be disappointed with poor returns and a hike in interest rates in the coming year.

Interestingly, BSE also made it to the list last month. Mutual funds are reducing their stake after a sharp jump in stocks.

Here is the list of top 10 mutual fund houses according to their equity assets under management (AUM) as of December 2021. 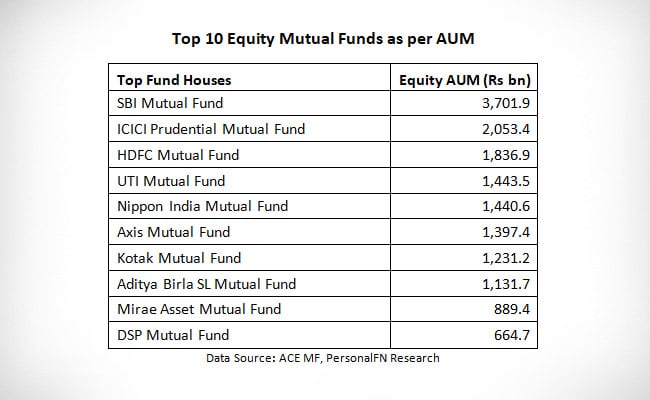 What are India’s top mutual funds bought and sold in December 2021?

India’s largest equity fund had Rs 3,702 billion in equities as of December 2021.

Here’s what SBI Mutual Fund bought and sold in December 2021. 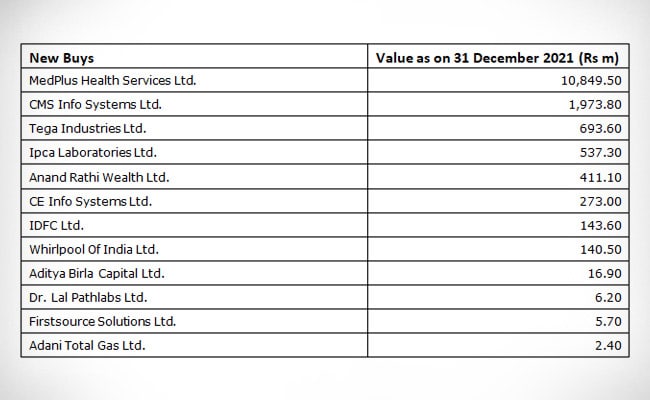 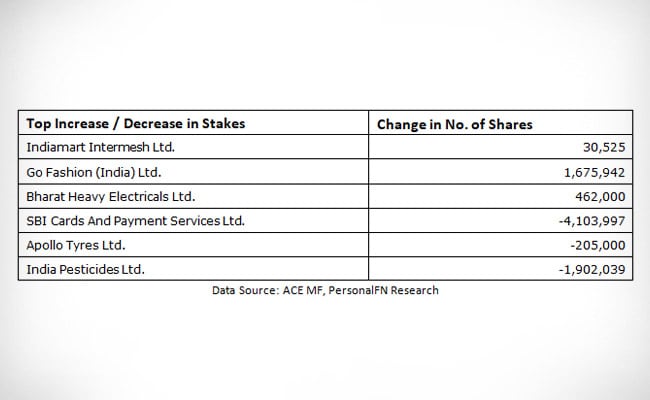 ICICI Prudential Mutual Fund stands as the second largest equity fund with Rs 2,053 billion in equities as of December 2021. In the month of November, this figure was Rs 1,995 billion.

Here’s what the fund bought and sold in December 2021. 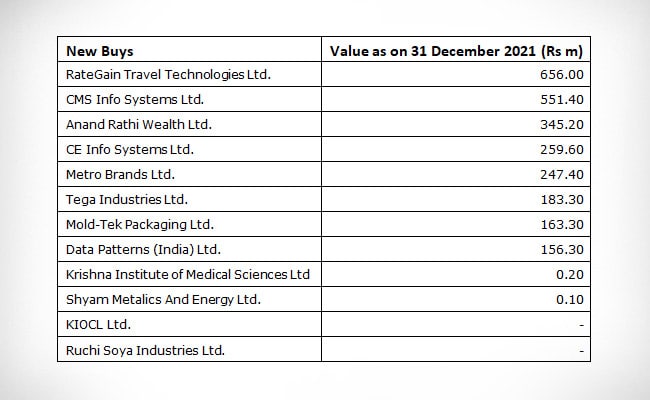 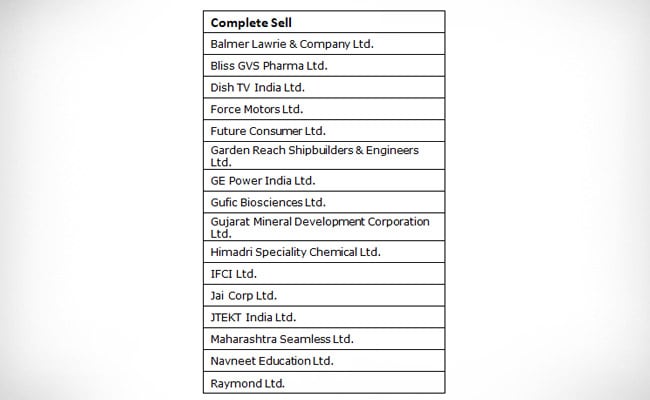 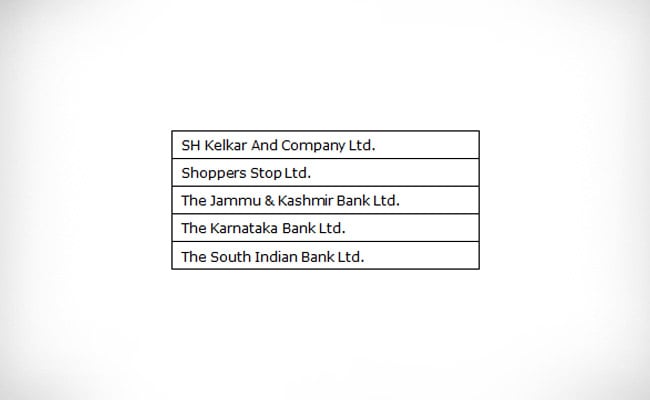 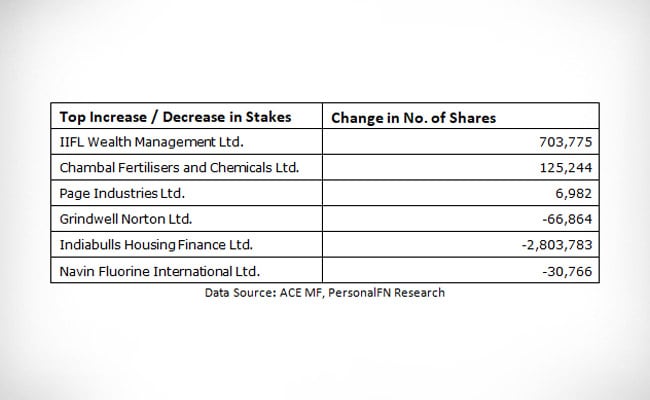 After ICICI Prudential Mutual Fund we have HDFC Mutual Fund with Rs 1,837 billion in equity as of December 2021.

Here’s what HDFC Mutual Fund bought and sold in December 2021. 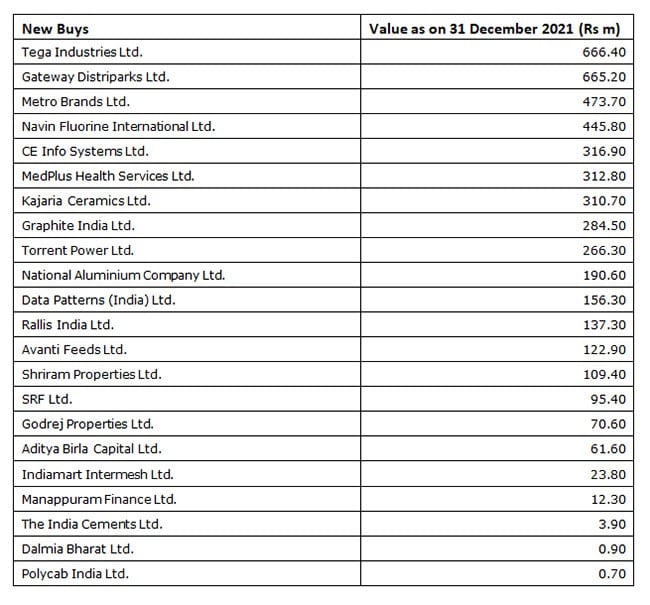 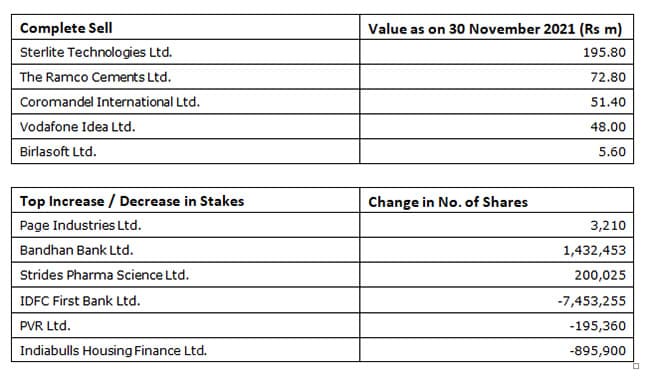 As rightly pointed out by Rahul Shah, Co-Head of Research at Equitymaster, it is always better to risk only 50% and keep the rest in FD or cash. This strategy came to the rescue in November as well as in December 2021.

Investors who had money waiting, used the market correction as an opportunity and allocated it towards equity mutual funds.

2021 was the year of the NFO. Since the industry has added Rs 7 lakh crore to their asset base, investors fell in love with mutual funds. Asset Management Companies (AMCs) launched over 100 NFOs offering various investment ideas, leading to further increase in AUM.

All this happened because of good sentiment in the stock markets.

In December 2021, the mutual fund acquired shares worth over Rs 30 billion in an initial public offering (IPO). At a time when FIIs were selling heavily, mutual funds came to the rescue.

We have been seeing a huge trend of mutual funds on IPOs for months now.

It remains to be seen how the buying and selling of Mutual Funds trend in the month of January 2022.

We will keep you informed of all developments in this area.

Since you’re interested in what mutual funds are buying and selling, check out Equitymaster’s powerful stock screener.

This tool tracks the shares recently bought by mutual funds as well as the shares they sold recently.

PS: The above piece depends on PersonalFN’s data. PersonalFN is a Mumbai based personal finance firm that provides financial planning and mutual fund research services.

Disclaimer: This article is for informational purposes only. This is not a stock recommendation and should not be treated as such.

(This article is syndicated from Equitymaster.com)

Drones are considered to be the best source when one needs to cross the border. The game of geopolitical chess is progressing at an incredible rate on various fronts. Over the past week, reports have emerged that Ukraine has taken over more areas around Kyiv from Russian troops, while a disputed cross-border strike in Russia…

Net-Zero’s journey will help the world in its efforts to survive the worst of climate change. Mumbai: According to a study, the country will need $17.77 trillion to meet its long-term net-zero goals, but will need to find additional resources of $12.4 trillion to meet the green journey. If this funding gap were to be…

Rupee reaches 75.67 against US dollar in early trade The rupee gained on Thursday in strong domestic equity markets, which were on track for their best month since August. The currency was also helped by a sharp fall in oil prices as the US administration prepares to release 1 million barrels of crude a day…

Despite the Luna crash, Chanpeng Zhao’s net worth is approximately $14.9 billion Changpeng Zhao, the founder of cryptocurrency exchange Binance, tweeted a few days ago that he was “poor again” after losing billions of dollars in cryptocurrency following a market crash that wiped out the fortunes of many investors. The exchange’s assets in cryptocurrency Luna…