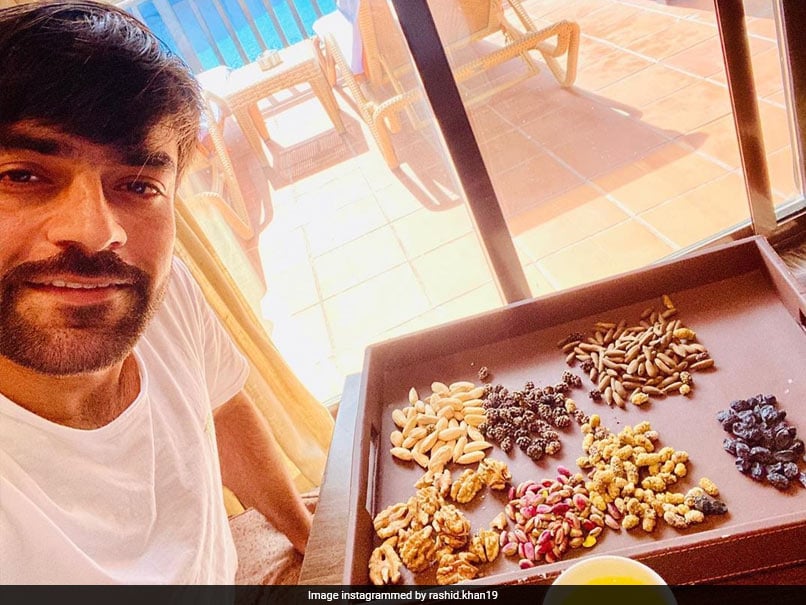 Rashid Khan shared a picture from his hotel room during his quarantine in the UAE.© Instagram

Afghanistan’s sensational leg-spinner Rashid Khan landed in the United Arab Emirates (UAE) on Sunday Indian Premier League (IPL) 2020. Since then, Sunrisers Hyderabad (SRH) has been quarantining as per the Star IPL security protocol. While he was working on his fitness during his period of isolation, Leggy also shared a glimpse of how he is enjoying his quarantine. The 21-year-old shared a picture from his hotel room, where he is seen sitting with a mixed platter of dried fruit and saffron tea.

“Quarantine Day 3 #DriedFruit #ZaffranTea,” he captioned the photo on Instagram.

Rashid Khan, along with compatriot Mohammad Nabi, joined the SRH camp late due to his involvement. Caribbean Premier League.

After Reached UAE on Sunday, Rashid said that he wants to work on his fitness during the quarantine period.

In a video shared by SRH on Sunday, he said, “Very excited to come here and join the team. It has been a difficult time of 6-7 months and now it is coming to a different country.”

He said that I will try my best to entertain myself and be busy in such activities, which make me feel refreshed.

After the quarantine ends, the tournament will start immediately so I plan to maintain my fitness, ”he said.

Sitting at the top of the ICC rankings for bowlers in T20 International (T20I), Rashid Khan is expected to play an important role for the Hyderabad-based franchise.

SRH will make their campaign debut on 21 September, when they face Royal Challengers Bangalore.