Vivo V20 Series specifications out of the box 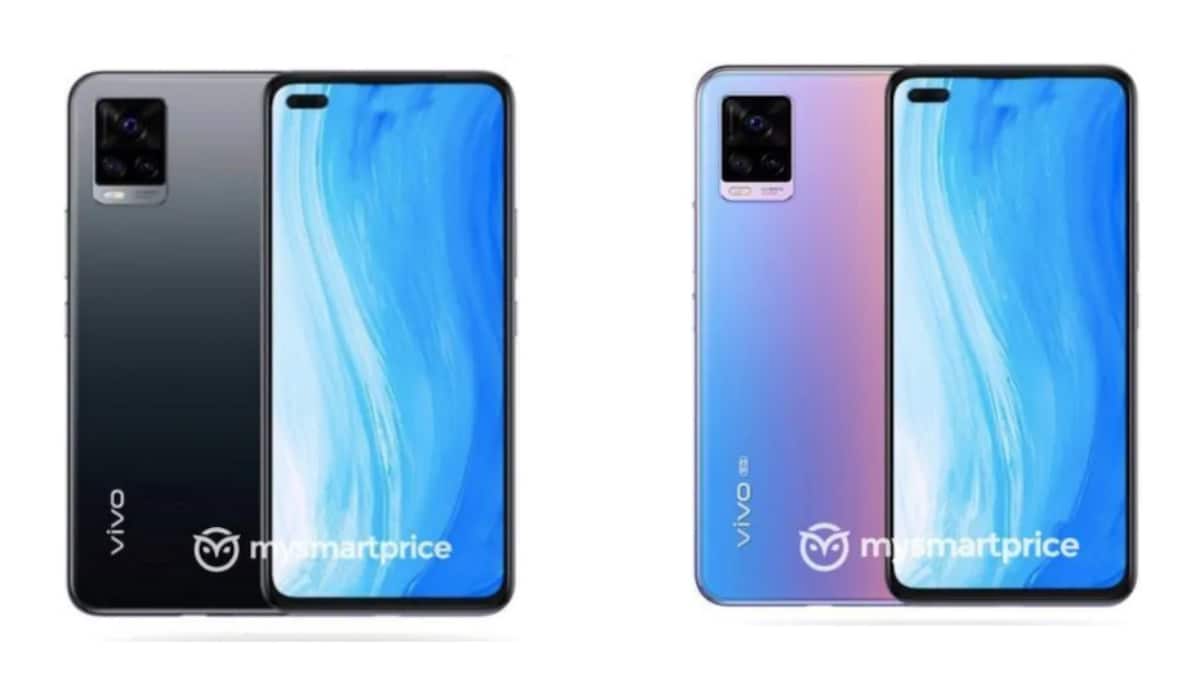 The Vivo V20 series will be launched in Thailand on 21 September, the Chinese company has confirmed. The lineup is expected to include the Vivo V20, Vivo V20 Pro and Vivo V20 SE smartphones. A few days before launch, the alleged specifications of all three phones have leaked on Twitter. It is expected that all three phones can sport a 6.44-inch Super AMOLED display, come with 5G support, and feature triple rear camera setup.

According to a string of tweets by Vivo’s Thailand branch, the phone will be launched in the country on September 21 Report It has been suggested that Vivo V20 SE will debut in Malaysia on 24 September. The phone is expected to be the Vivo V20 series Launched Just before the Dussehra festival in October in India.

Vivo V20 SE can come in Gravity Black and Oxygen Blue color options. It is expected to feature a 6.44-inch full-HD + Super AMOLED display with a waterdrop-style notch. The phone is expected to have an aspect ratio of 20: 9, a screen-to-body ratio of 90.12 percent and an in-display display sensor sensor. Under the hood, the smartphone is Be expected Qualcomm is powered by Snapdragon 665 SoC, coupled with 8GB of RAM and 128GB of inbuilt storage.

For photography, the Vivo V20 SE may have a 48-megapixel main camera within its triple rear camera setup. The camera setup may also include an 8-megapixel ultra-wide shooter that can also capture macro shots and 2-megapixel snapper to capture Bokeh photos. The phone can have a 32-megapixel selfie camera. It is expected to run a 4,100mAh battery and FunTouch OS 11 with 33W Flash Charge 2.0 technology based on Android 10.

The Vivo V20 is expected to come with a 6.44-inch full-HD + Super AMOLED display with a waterdrop-style notch, 20: 9 aspect ratio, in-display fingerprint sensor and 90.12 percent screen-to-body ratio. The phone is expected to be powered by Qualcomm Snapdragon 720G SoC, coupled with 8GB of RAM and 128GB of onboard storage. The phone is expected to pack a 4,000mAh battery with 33W Flash Charge 2.0 technology. It can come in Midnight Jazz and Sunset Melody color options.

Vivo V20 may have a similar triple rear camera module that we have already seen Vivo X50 Pro. However, it is not clear whether the smartphone will have the X50 Pro’s gimbal stabilization module integrated. The triple camera can have a 64-megapixel main camera, an 8-megapixel wide-angle shooter, and a 2-megapixel monochrome sensor. The front is expected to have a 44-megapixel snapper for the selfie. According to a previous report, the Vivo V20 Indian variant may have a dual hole-punch cutout for two front-facing cameras.

Gizmochina’s report claimed that Vivo V20 Pro will be a rebranded Vivo S7 5G. The smartphone can have a full-HD + 6.44-inch Super AMOLED display with a wider notch for dual selfie cameras. The front camera setup may include a 44-megapixel sensor and an 8-megapixel shooter. At the rear, the phone may have a triple camera setup with a 64-megapixel primary shooter, 8-megapixel ultra-snapper and a 2-megapixel depth sensor.

The phone can be powered by Qualcomm Snapdragon 765G SoC, and packs a 4,000mAh battery with 33W fast charging.

Which is the best selling Vivo smartphone in India? Why is Vivo not making premium phones? We interviewed Nipun Meri, director of Vivo’s brand strategy and talked about the company’s strategy. We discussed it Of class, Our weekly technology podcast, which you can subscribe through Apple Podcast or RSS, Download episode, Or simply hit the play button below.